Shopify vs WordPress: Which is better?

Shopping is something that most people do every day and which we all enjoy. You’ve probably been a customer yourself on one of the popular platforms without even thinking about the debate between Shopify vs WordPress.

It is important for both businesses and individual sellers to have a shopping platform available for their customers because it makes the process of purchasing goods much more enjoyable. There are two major platforms in use today, WordPress and Shopify, with pros and cons to each.

This article will outline both platforms (Shopify vs WordPress) so you can decide which one would work best for your business or shop.

About the platforms at hand in the Shopify vs WordPress battle

Let’s jump straight in to looking at Shopify vs WordPress and what each platform does.

Shopify is a software platform that publishers use to launch their own online stores.

Shopify uses themes, which are pre-built websites, and allows the publisher to setup their own online store.

You can open your online store with Shopify by choosing one of their plans, creating products and accepting payments. It’s all fairly straightforward, and that’s what Shopify is going for – ease-of-use for its customers that otherwise wouldn’t know how to create a website.

Shopify uses Shopify servers, so hosting is included in part of your premium Shopify plan. This can simplify things for you, but also places some restrictions on the flexibility in running an online business. More about that later on.

WordPress is a software platform that publishers use to launch their own blogs and online store. Publishers can have both a blog and an online store on the same WordPress site.

WordPress uses WooCommerce, which is an online shop builder that comes as a free plugin. WooCommerce only handles the the sale of digital and physical items.

WordPress is a free and open-source blogging platform. It’s less expensive than Shopify, more customisable, and easy to use because you don’t need any coding knowledge. Having said that, it is a little more difficult to use because you have to manage the plugins yourself, but it really isn’t that hard to install and keep them updated.

WordPress has been around for many years longer than Shopify has, meaning there’s a lot more information out there for how to get things done on the platform if you get stuck. 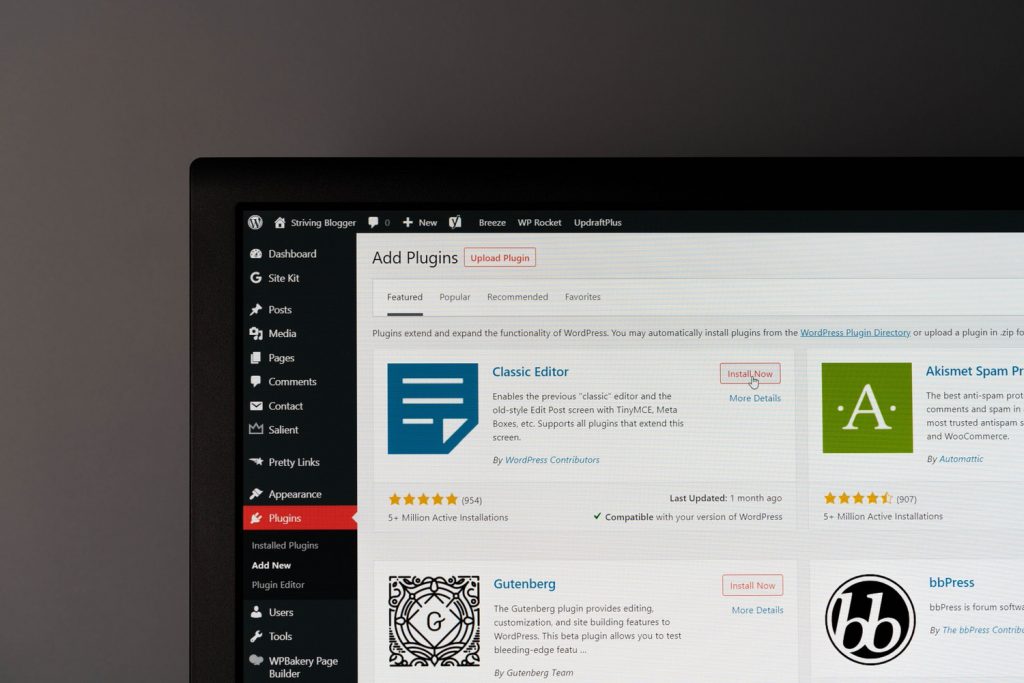 Hosted WordPress is WordPress.com. A WordPress.com website sits on WordPress’ servers, like Shopify’s websites do. Like Shopify, you can make changes and build websites with themes quite easily, but you can’t make complex changes if the standard options don’t suit your needs.

Self-hosted WordPress is a WordPress.org software install on a hosted server that you control. You don’t need to own an actual server to do this – you can pay $2.95 per month to rent space on a server and install WordPress to that.

Self-hosted WordPress is the option I would go with because here you are in complete control of the server.

There’s no need to pay more to transfer over a blog, as you can use a local web server instead. The downside is that this adds to your hosting bill and will require some technical skill if you plan on using it yourself.

Some people do this for fun so that they can make their own unique themes and layouts, but it doesn’t need to be done for every business.

Is Shopify or WordPress more expensive?

Both Shopify and WordPress offer a great range of themes for you to create your website. If you keep it simple, and start with the basic free plan, then it’s hard to tell who is more expensive.

If you choose to go with any of the premium plans, here’s the cheapest you can get Shopify or WordPress for.

A premium WordPress setup will cost you $2.95USD per month. That’s for some pretty bad hosting, but it works, so budget $7USD for some hosting that matches Shopify’s speed.

A premium Shopify setup will cost you $29USD per month.

Wo wins in the battle of Shopify vs WordPress for pricing? $7USD vs $29 per month. WordPress is clearly the winner here.

Does Shopify or WordPress have more functionality?

Although the experience of building an e-commerce website with Shopify is easier than with WordPress, there are limitations such as how both platforms handle extra functionality, such as email marketing and customer surveys.

Shopify offers more than 200 themes and thousands of apps. A theme is a pre-built website, and apps are extensions or add-ons for the Shopify store. WordPress is almost the exact same in terms of how things are done, but has thousands of themes and calls add-ons ‘plugins’ instead of ‘apps’ as Shopify does.

In Shopify’s early days, functionality was very limited. Now that it’s matured, even if it’s an infant compared to WordPress, there’s now functionality for almost everything out there no matter which platform you prefer.

Who wins for functionality between Shopify vs WordPress? Your choice.

Is Shopify or WordPress more popular?

Shopify puts a lot of money into marketing, making it look like the leader in eCommerce. Here’s how the platforms compare:

WordPress has been around for longer than Shopify, but that’s still a lot more WordPress websites out there. I’m actually not surprised by those results, because WordPress is far more flexible.

When it comes to which is more popular in the Shopify vs WordPress battle, WordPress wins hands down.

Shopify vs WordPress: which do I prefer?

Ah, the big question – Shopify vs WordPress and which do I prefer.

When a client comes to me and asks me to build a website for them, I actually pass on work if the client wants to use Shopify.

That doesn’t mean that Shopify is a bad tool. It just isn’t as flexible and for that reason, it’s harder to get the client exactly what they want.

If an app or plugin does most of what the client needs, with Shopify there’s very little that can be done. With WordPress, changes can be made.

For that reason alone, ignoring the cost difference of over $20USD per month, I will continue to prefer WordPress.

What is Adobe Lightroom? It’s the best image editor around