Finding the right camera for the right price in Shinjuku can be tough, so I’ve summarised some of the popular stores below so you can spend more time browsing cameras you love and less time wandering around trying to find a store that just ended up being disappointing.
0
Shares
0
0
0
0

Camera shopping in Tokyo is heaven for photographers – there are just so many Japan camera stores. If you’re a foreigner or a tourist, the range is going to be unparalleled. You’re going to be spoiled for choice.

Finding the right camera for the right price in Shinjuku can be tough, so I’ve summarised some of the popular stores below so you can spend more time browsing cameras you love and less time wandering around trying to find a store that just ended up being disappointing. If you’re also heading to Ginza, check out my Ginza camera shopping tips article.

Yodobashi (my favourite of the Japan camera stores)

Yodobashi is one of the biggest camera stores in Japan and is one of the most popular places to buy in Tokyo. They have two – one in Shinjuku that is 100% new cameras and accessories, and the one in Akihabara offers all different types of electronics. You’ll hear people tell you that the Akihabara store is bigger, but that’s only because they sell everything electronic – computers, power boards, phones and more. The camera range is the same at both Japan camera stores.

You might find it confusing with how Yodobashi is laid out – there’s a few buildings but the main two in Shinjuku are the one with seven floors of camera gear, and the other is a two-floor film building. The seven-floor primary Japan camera building building sells anything you can imagine, from the cheapest lens to the most expensive new medium format camera, and every accessory inbetween. Last time I was there I picked up a static-free brush to neutralise the static on my film scanner glass, which might give you an idea of the range Yodobashi offers.

The film department is much smaller now than it was three-or-so years ago. They still have a fridge that runs for the length of the entire store – but this is now only half as full as it once was. Their range of film is still the best in Tokyo, but prices are beginning to rise (although still much cheaper than film in Australia) which is a sign of the tough times ahead of us film shooters.

You can still pick up a range of great film types here for cheap, though. I tend to grab as much Ilford XP2 and Provia 400X film as my hands can carry. 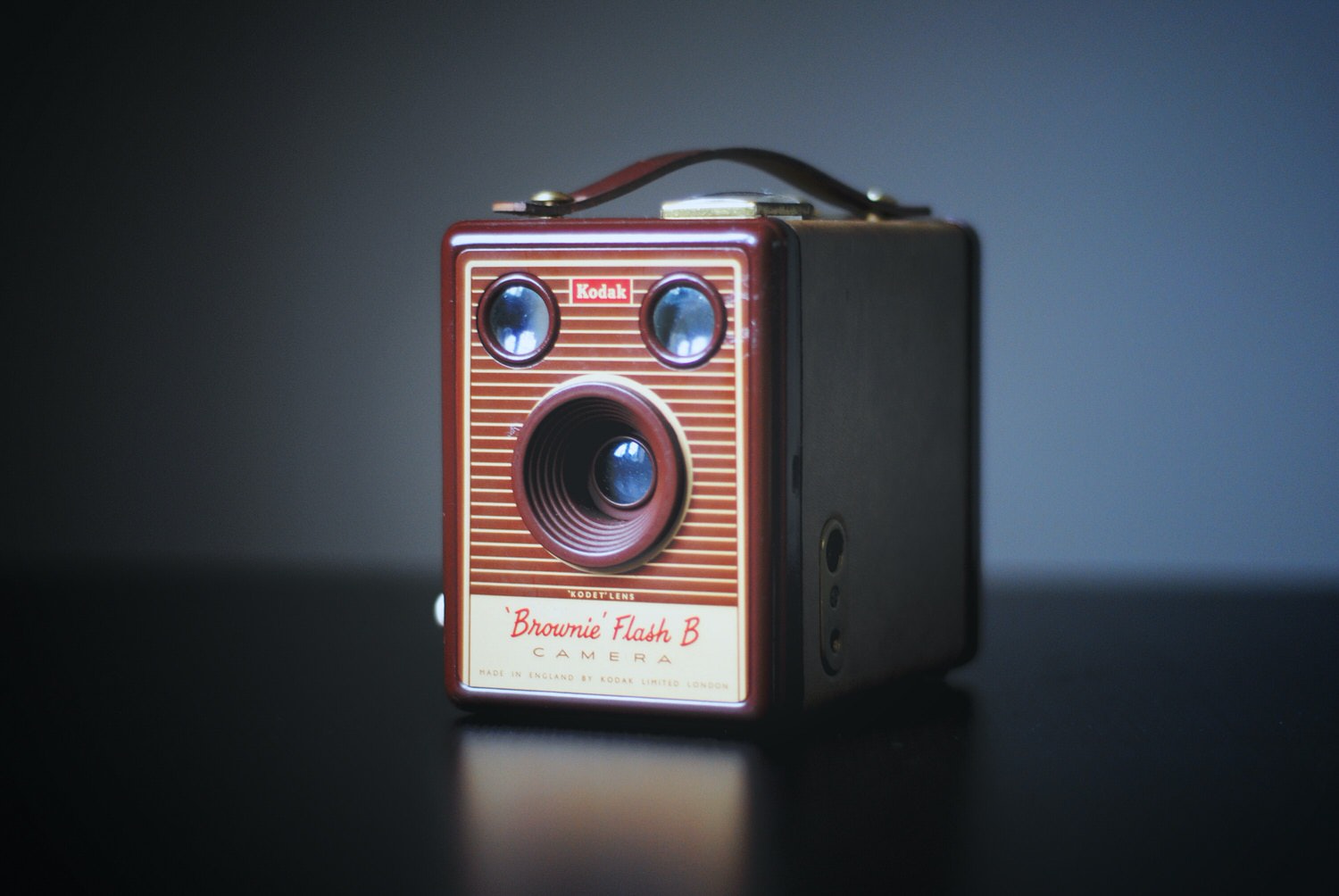 The first store has a good range of Canon, Nikon and Pentax gear, with a smaller range of all other brands as well. There’s some great pricing on used gear, both lenses and bodies, and reasonable pricing on new gear. Prices here seem to still be much cheaper than Yodobashi.

The second store once had a wide range of medium format used film cameras and gear, but has since extended their Leica range and has left less room for their used gear at this store. It’s pretty cool to play with some of the more expensive Leicas.

Map Camera’s second store was once the most exciting of the two Japan camera stores, but now there is a much smaller range of used film cameras and gear, which is even worse considering much of the offerings are in the high-end range. Shame, really, but still worth a quick look since it’s very close to Yodobashi.

Long-known for being one of the worst Japan camera stores in Tokyo, it hasn’t changed. Staff are still grumpy, prices are unreasonable but the range is still quite varied. Worth a look if you’re nearby, but I can’t imagine you would purchase something there after you’ve been in there for two minutes, and its reputation shows that. There are much better places to buy cameras in Japan.

After you’ve decided to walk out of Lucky Camera, head down to Miyama camera store to take a look at their digital and film camera range. I never find anything too interesting in here that I can’t find elsewhere, and their prices are reasonable for the gear.

A much better choice than Lucky Camera when you’re in the area in my opinion.

Just opposite the Kabuki-cho exit of Shinjuku Station there’s a small Japan camera store with very little english outside it. It has a green border around it. If you find this store, you’re in for a treat. A really nice man runs this store and only offers used gear, most of which is film cameras.

In the glass cabinets are film cameras of all brands, and in the centre there are bins and boxes of cheap faulty or broken cameras that you could either fix or put on a shelf as a souvenir of your camera shopping adventure. I really like taking a look in this store if I’m nearby as it often has some interesting cameras and has a really reasonable price range. One of my favourites.

Lemon Camera’s store in Shinjuku is much smaller than the one in Ginza and was opened due to the popularity of their first store. This is a consignment store, which means Lemon don’t set the price – the camera’s current owner does. So as you can imagine, you might see two identical cameras side-by-side but are separated by 10,000 – 20,000 yen for no reason.

People get attached to their gear and lose the real value of it when it comes to selling time, or are hoping to get lucky from someone purchasing the camera without knowing what it should cost them. We’ll cover Lemon Camera more in the Ginza article, but the Shinkuku store has a good range of every brand from Bronica to Leica.

Bic Camera is an odd one. I’d recommend you take a look, but the brand has steered away from focusing on camera gear exclusively and now offers a range of electronics, similar to the Yodobashi in Akihabara. Each store also has a different range of camera gear – the downside of being a chain, I guess. So it’s hard to say what it will be like when you’re in Tokyo, but worth a quick browse.

They have a small range of film in most of their stores, and while they are often cramped, you can find some good prices. Last week I picked up five rolls of Kodak Tri-X for 2,400 yen. In Australia that would have costed me around 5,100 yen.

Last, but not least, Old Camera is tied as my favourite Japan camera store.

This one is hidden, but totally worth looking out for. It’s not called Old Camera, but that’s the translation. When you’re talking through Shinjuku, just down from Yodobashi Camera, you’ll see an ABC-Mart. This store sits on the corner of the primary street and a small alleyway. If you head down the alley you’ll see a small yellow sign out the front of a staircase. Head up to level 2 and you’ll be at Old Camera and used camera heaven.

The prices here are good, but not ridiculously cheap, and feels what Lemon Camera would be if they did not run on consignment gear. There’s cameras of all types and formats, a good range and good staff. There’s also boxes of broken cameras that again you could fix or buy as a souvenir.

The difference between Old Camera and the other stores is that it also carries formats other stores d0n’t. Polaroid, 110, large format and everything inbetween can be found at Old Camera. And because it’s one of the Japan camera stores that are hidden away, there are some great buys in here just waiting for you.

As always, don’t forget to claim your tax free deals on your new Japanese cameras when you go through customs if that applies to you! 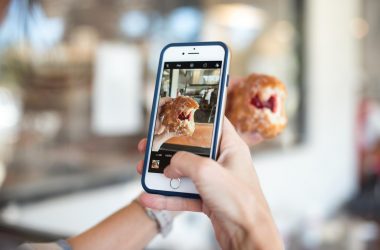 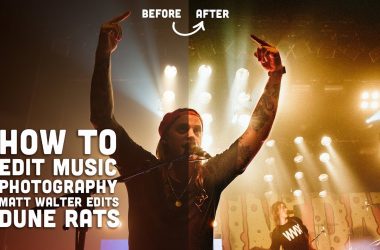 Read More
Episode 1 of How I Edited It shows you how I edited a photo of Dune Rats.
PPhotography 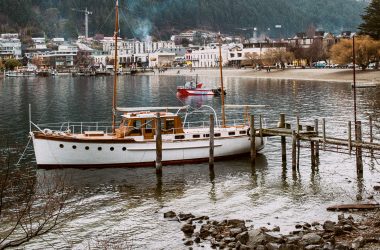 Read More
Friday free Lightroom presets! Or something along those lines… All I know is that it’s Friday, which means…