Johann Heinrich Schulze might have been the first to use the principles of photography in 1717, but he couldn’t make it permanent. Schulze used light-sensitive slurry to capture letters that were cut out on a bottle, but it was a one-off. So many feel like it doesn’t count because it wasn’t permanent. Many believe that over the next 80 years, others tried to make photography results that were permanent.

In 1800, Thomas Wedgwood found a way to make the photographic results more durable, but still not permanent. Wedgwood’s method creates a photogram. No, it’s not a version of Instagram that he never protected the intellectual property for – a photogram shows variations in the tonal range depending on how long they’ve been exposed to light. Kind of like when colour fades over time in the sun. 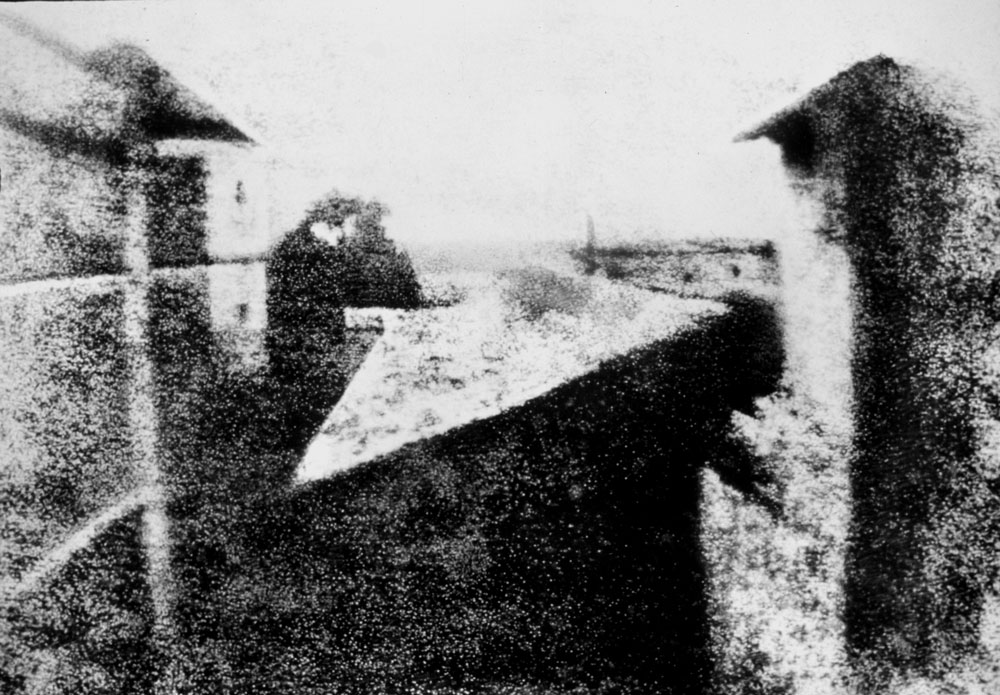 In around 1825, Nicéphore Niépce made a really rough, but permanent, fixed image. They say it took between eight hours and a number of days to get the final result. But it didn’t matter. Niépce did it. That was until Louis Daguerre went on and did something big. He made it available to people commercially. Sure, anyone could do it if they had the creativity of Nicéphore Niépce, but Daguerre was the one that made it viable to those less inventive. I guess you can’t be surprised that Daguerre’s technique was named after him – the ‘daguerreotype process‘.

What made it even more effective and commercially viable to others was that it didn’t take days, or even hours to get a final result – it took only minutes and looked much more polished than Niépce’s attempts. Daguerre had perfected the process by 1839, which is the year many people recognise as the year photography was invented in the closest form to what we know today.

What other photography inventors were there?

Sure, Schulze, Niépce, and Daguerre were the true drivers of the invention of photography. But many other inventors contributed to photography as it is today. And we’re glad they have because that’s what has given us our start with photography.

But what about the digital uprising? That happened around 1990 and some could argue that it’s another important date on the map for the evolution of photography. Sure, it seems recent to us now, or even bland compared to the efforts of Niépce and Daguerre, but give it time and 1990 will feel like forever ago.

Now if someone asks you for a brief rundown of the history of photography or who invented photography, you can answer them! That’s if you can remember half the names… I know I can’t.

How to store film correctly