What’s in my bag as a music photographer

Everything I take with me on my journey as a music photographer.

Yeah, I wheel around a Pelican case that is so big, you might wonder what’s in there. It’s a nightmare to get checked at venue security each night I head out as a music photographer.

With so much gear to choose from and so many variables coming into play for concert photography, it can be tricky for music photographers to know which camera and lenses to bring to a concert. I teamed up with the friendly team at Ted’s Cameras to round up everything I keep in my bag as a music photographer.

How I choose my gear as a music photographer

What camera gear I use isn’t chosen based on the highest quality gear I can afford at the time. It’s based on what I need to create work that aligns to my personal style.

For example, I look at three things:

None of those considerations requires the best gear out there. It does give me some parameters on what my gear needs to do. 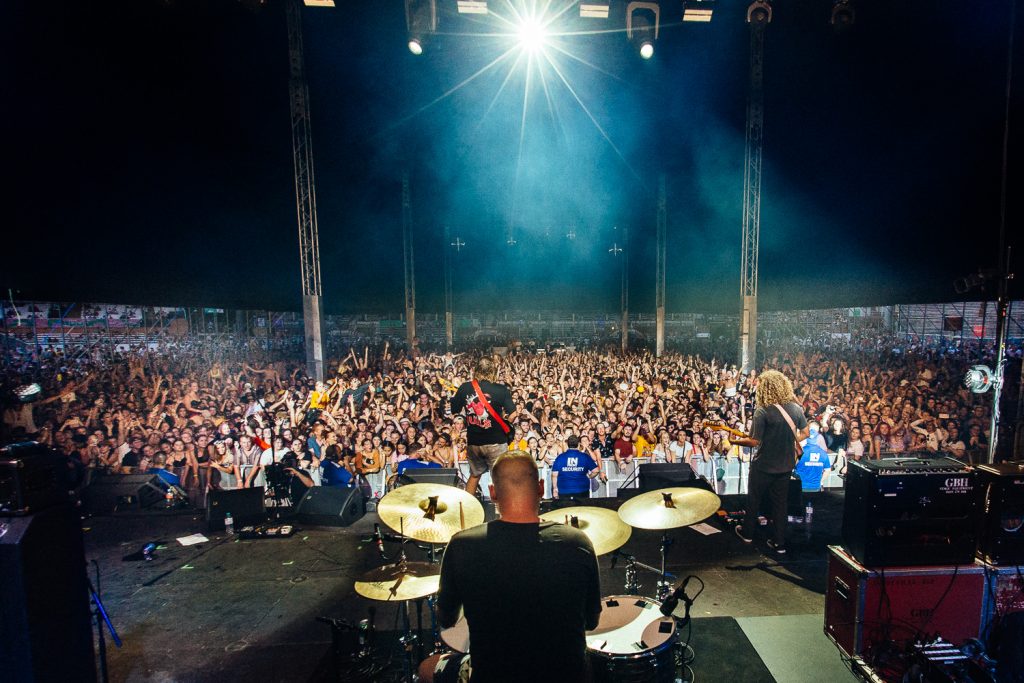 You should think about what your gear needs to do rather than thinking that one new piece of gear will solve all your problems and instantly make you the best photographer in the world.

You’ll notice from my gear, it’s all affordable and very few pieces are in the high-end of the price range. That’s because these pieces are the ones I need to deliver on my personal style after I made the three considerations I mentioned earlier.

I recently upgraded from a Canon 5D MkIII after over four years of it being my primary camera body. It took a beating. Shooting concert photography without a pit means your camera is kicked, had booze spilled all over it and everything in-between. When it came to upgrading, sticking with Canon’s 5D range was a no brainer. 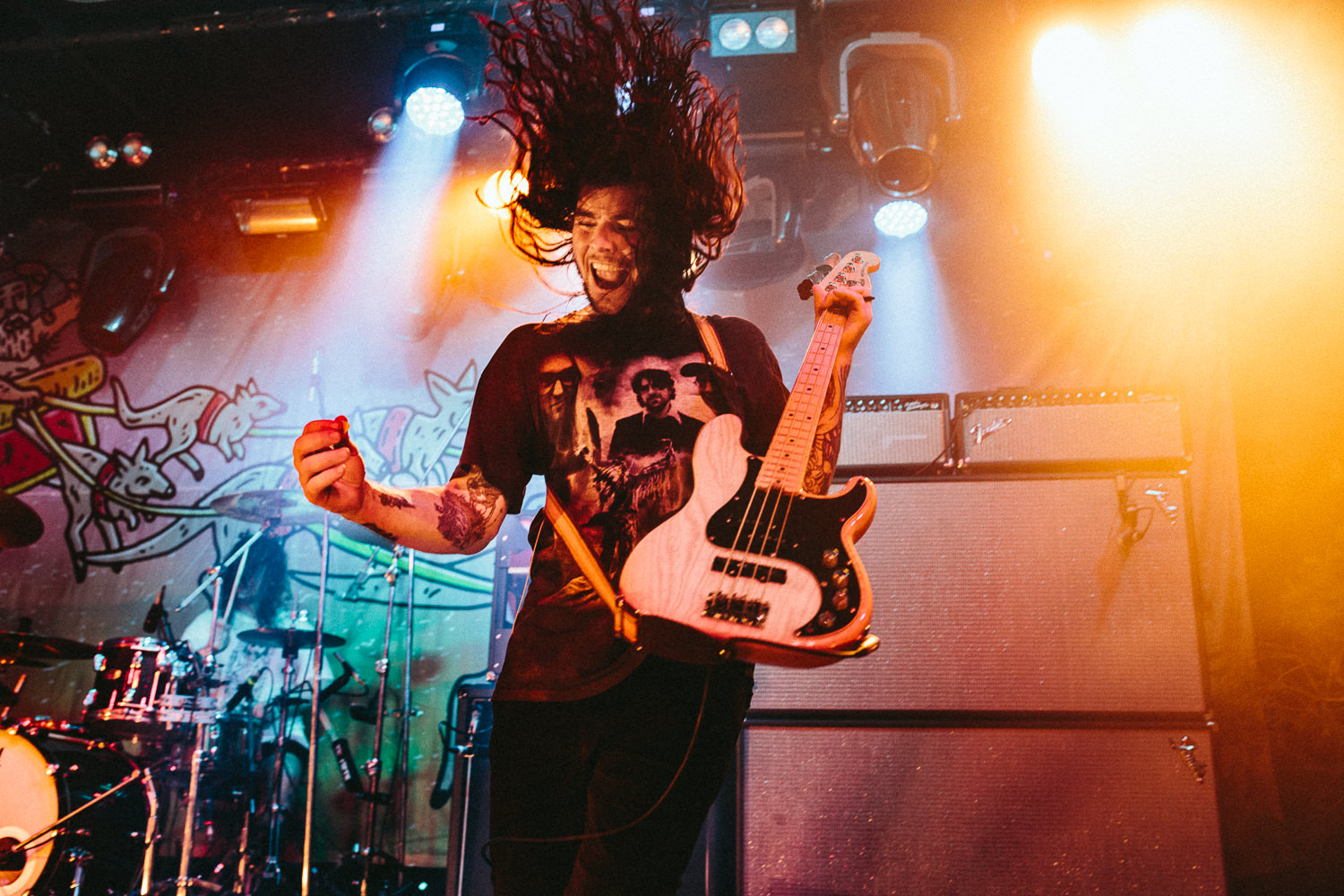 The Canon 5D MkIV mostly improved the video capabilities of the series, but retained the same amazing noise processing that the 5D MkIII introduced and has the same durable exterior I can trust to take with me into any concert photography setting – with or without a photo pit.

This is my primary lens because it’s great at almost every situation. It’s wide at 24mm meaning it’s good for crowd photos and whole room photos, and can do some zooming to get some tighter shots of the artist too. 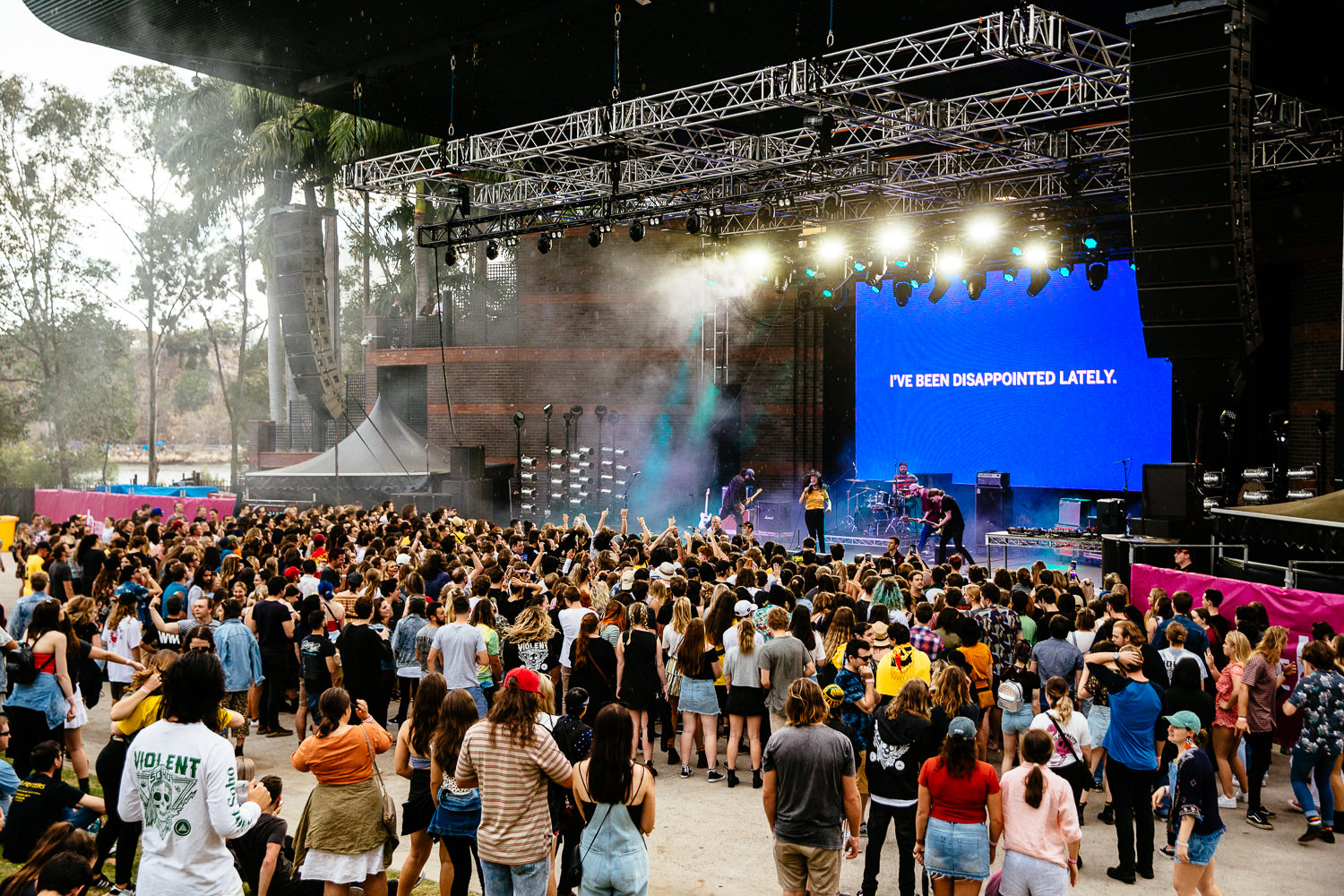 It also opens to f/2.8 which lets a moderate amount of light in. It’s usually enough for a well-lit concert. It’s also weather sealed, so I never worry about drunk people spilling drinks on it at a rough show.

This is my newest addition to the bag. I bought it because I heard great things about the Sigma Art Series range. I wasn’t disappointed. This lens is sharp as a tack! It also focuses quickly in dark environments. 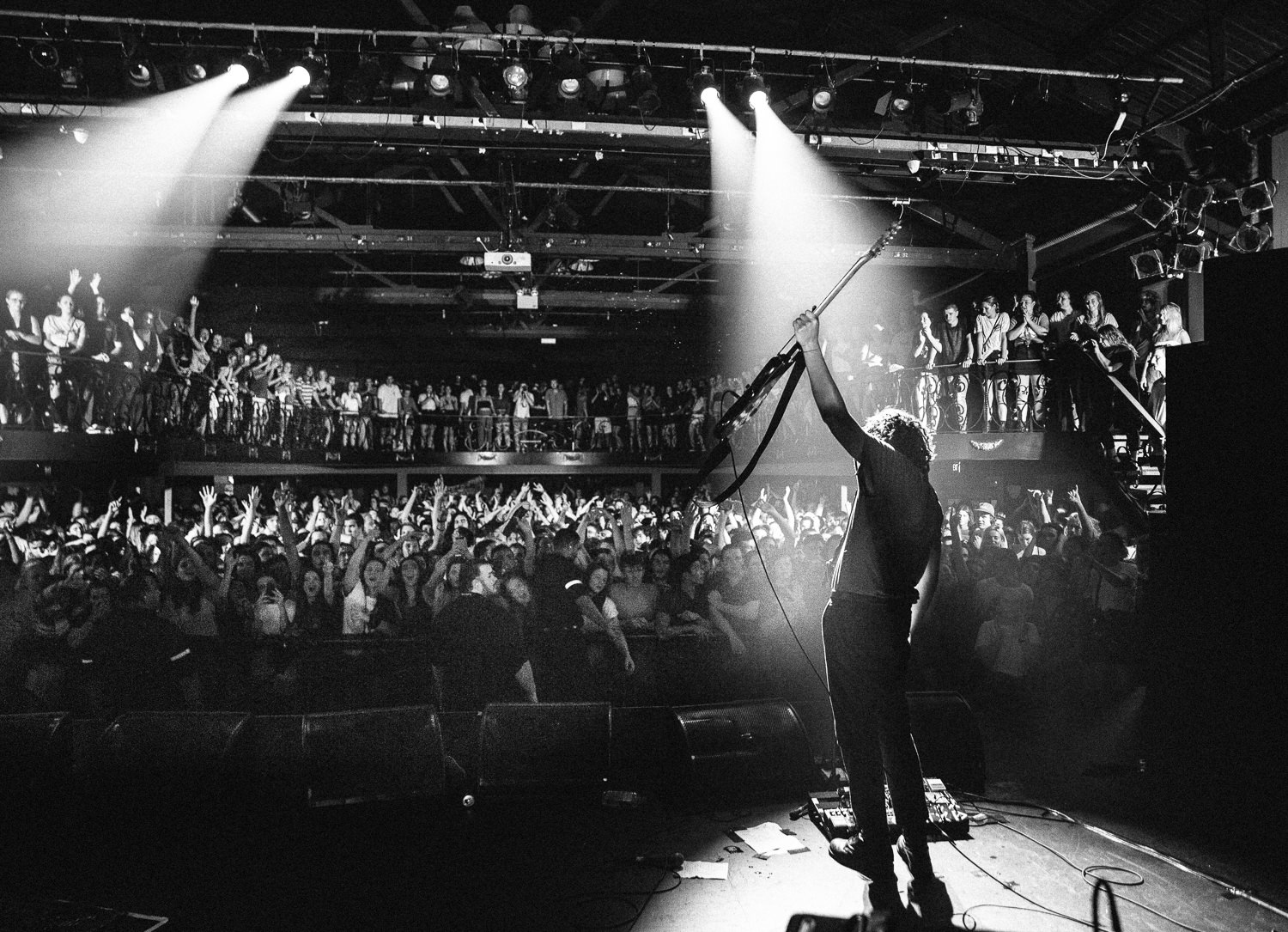 I had a use for a lens that opens wider than my 24-70mm, because some of the venues I was photographing in weren’t lit very well. I needed something that opened wider and this lens is my secret weapon to getting a photo when the light is less than ideal.

The Canon 70-200mm f/2.8 lens is my go-to for music festival photography. Often stages are risen higher than my 24-70mm can compensate for. It’s weather sealed just like the 24-70mm, so it’s the perfect partner for big shows or music festivals.

I rarely use flash at shows, but occasionally I do if I need to. And definitely never do it without asking the artist first. I don’t agree that flash is for beginner concert photographers. I think when used in the right situations, flash can really make a difference in the photos you produce. The Canon 580EXII is my flash of choice. 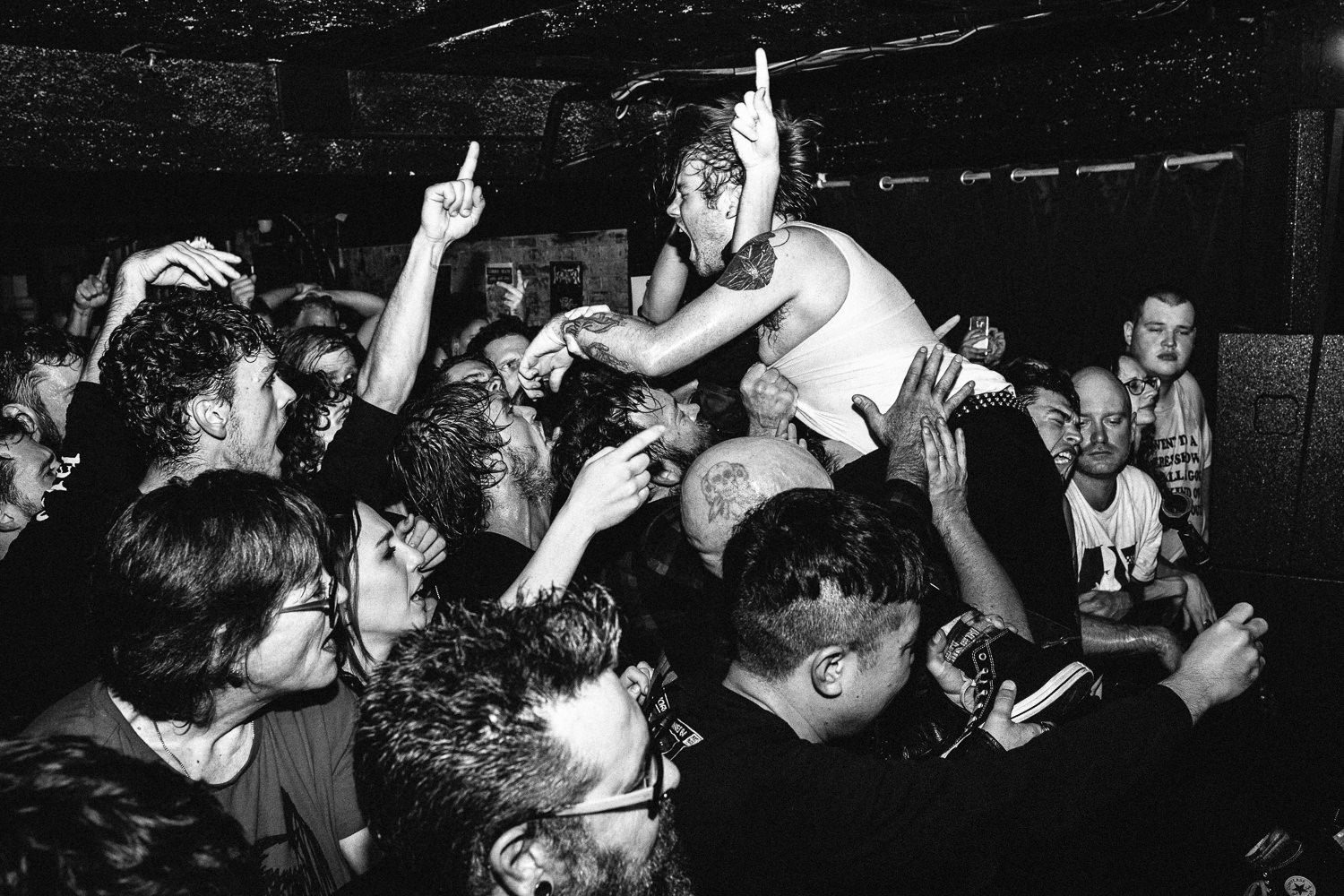 It’s been superseded by the Canon 600EXII RT but either flash unit is a great, durable option that has plenty of power in the unit.

The Canon 5D MkIII and 5D MkIV both offer dual slots for an SD card and a CF card. I generally use one Sandisk card in each so I can capture as many photos as possible. When you’re shooting concerts, your card storage can fill up surprisingly quickly when you take burst shots in RAW image format.

That’s what is in my bag. What is in your bag will probably be different. You might want to go down a Nikon camera route. There isn’t a right or wrong set of gear. Buy the gear you need to create your personal style as a music photographer and you can’t go wrong.

To find out more about my gear recommendations and tips for concert photography, check out my article in partnership with Ted’s Cameras here.

How to manage your paid and free Lightroom presets

Photo frames: How to choose the perfect frame