WAAX is a punk/rock band from Brisbane, Australia. A very good band! I’m always excited to photograph them.

Check out where I focused, spot metered and a third thing I did in this music photography tutorial.

Here’s how it took this photo of WAAX.

I took this photo of WAAX at Good Things Festival. 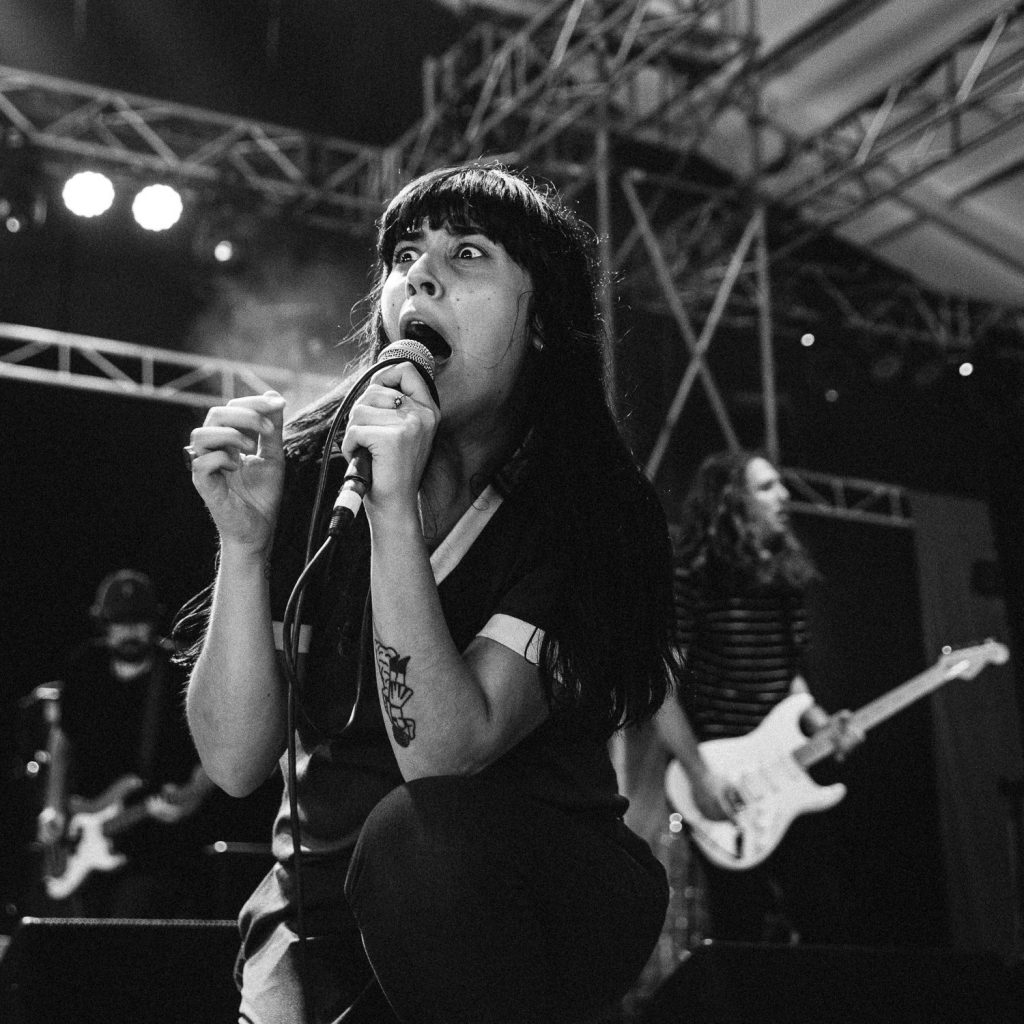 Firstly, I spot-metered on Maz’s face because I find it’s the most neutral point available in daylight shows.

If it’s a night time shoot, then generally the lights are something I can leverage from, but given the WAAX set time was a daytime shoot in a tent, I focused on the face because I felt like that was the most neutral point available that wouldn’t give me an over exposed or under exposed image.

I focused on the knee because when I find the musician moves back or forward, it’s so easy for them to fall out of the focus point.

I shoot from the knee or something that’s a little bit further forward. Like maybe the guitar or the microphone stand.

This way I can shooting just knowing that if I set my aperture correctly, they’re most likely going to stay within the focus range and so I’m not going to lose them anyway.

But it gives me a little bit of leniency there to play with.

I increased the clarity around the tattoo because I wanted the contrast to really stick out.

But when I was using the contrast slider, it wasn’t really making it look natural. So I used clarity around that instead.