I’m back with another music photography tutorial video – this time it’s of Skegss at Laneway Festival.

Skegss released their second album, Rehearsal, this week and I thought what better way to celebrate its release than looking back on some photos that I took over the years working with them.

Here’s how I took this photo of Skegss. 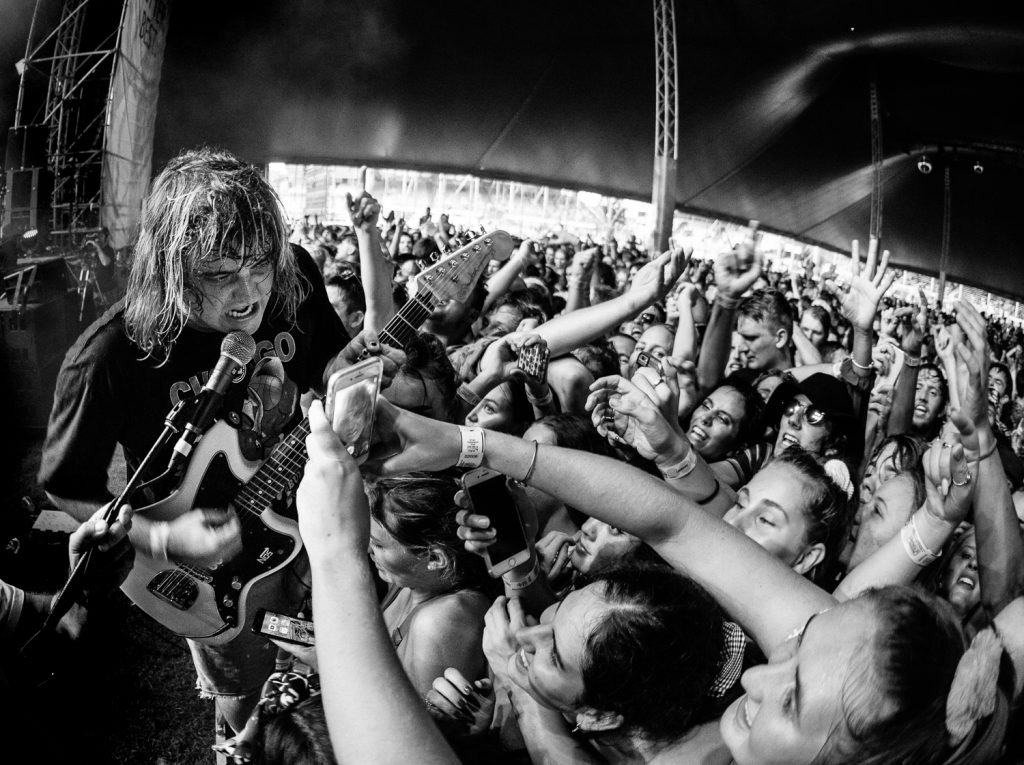 The first thing in Adobe Lightroom I did was crop out any activity in the photo that doesn’t relate to the primary focus of the photo. In this instance, there was a guy holding the microphone in the bottom left of the photo – so I cropped him out.

The arm wasn’t something I could crop out, so I did some light darkening on that area to better minimise the chance of anyone looking in that area before they look at the rest of the photo.

I used an elevated position to better showcase the side of the crowd.

On the back side of the crowd barrier there are steps on each second panel. Toby is standing on one in this photo, and I’m standing on another.

If I had taken the photo from the ground, only a few people in the first row would be visible. By taking it from standing on the step, I could point downwards and show far more of the crowd.

Dehazing on the phone

Finally, I did some dehazing on the phone screen because it was far too over exposed. Makes sense since it’s a screen and I am calculating the exposure from the faces, so the screen is going to be washed out.

I did some dehazing and also increased the contrast of what’s on the screen because I really wanted Toby’s face visible in the screen for that extra credit to the image.

I hope you found this music photography tutorial of Skegss useful!