Dune Rats are a punk band from Brisbane, Australia. They are truly one-of-a-kind personality x 3. Because there are three of them. Get it? The maths adds up.

Check out what shutter speed I used, where I dehazed and where I focused this music photography tutorial.

Here’s how I took this photo of Dune Rats. 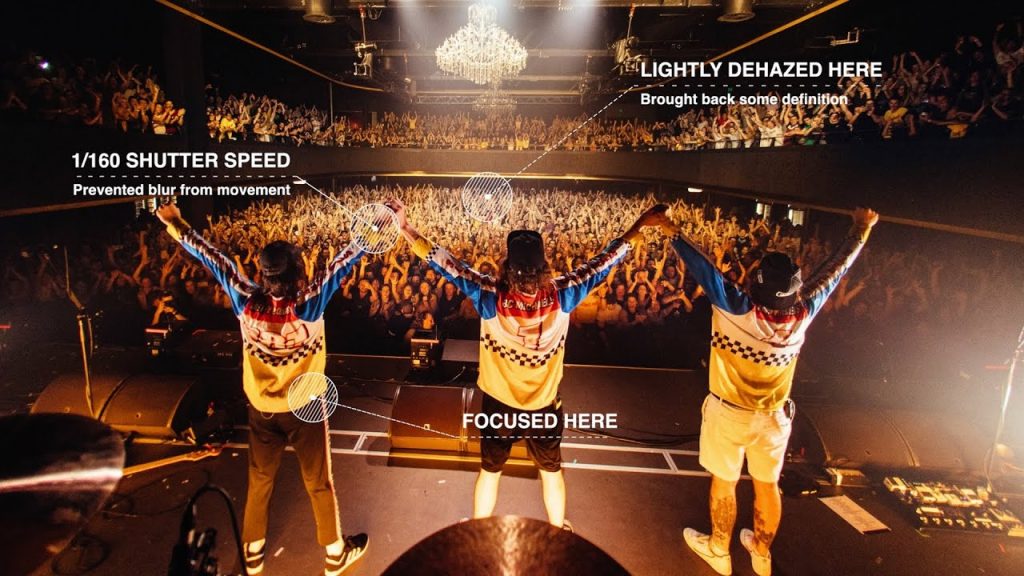 I took this photo of Dune Rats on the Hurry Up and Wait album tour at Fortitude Music Hall in Brisbane.

A chose 1/160 second shutter speed, just to make sure that there wasn’t any motion blur. I wanted to minimize any kind of movement because I didn’t know when they would take the bow.

If I did get the bow, I didn’t want any blur. So it’s super crisp because of the 1/160 shutter speed.

I also lightly dehazed around the back area of the bottom row of the crowd, because it was pretty washed out around there.

Dehazing it really helped bring back some of the definition in the people without making them too dark.